Cornely, a resident of Lewis Center, comes to the PDO after serving as a Deputy Director in the Office of the Ohio Public Defender for the last three years. Prior to his tenure there, Cornely was the Director of Ross County’s Public Defender Office and was an Assistant Public Defender in Athens County. He is a 1993 graduate of Olentangy High School, as well as a graduate of Ohio State University’s Moritz College of Law.

In September 2020, the Delaware County Commissioners, in consultation with the County’s judges, re-established the county’s Public Defender Commission. They had determined that Delaware County had grown to the point where it made sense, both financially and in the quality of services provided, for the County to run its own Public Defender Office. To date, the County has paid local attorneys assigned by the courts to represent indigent defendants. In 2019, 2,973 such cases were assigned out, resulting in billings of $1.06 million to the County.

Cornely outlined the plans for the PDO: “We plan to phase in our hiring of staff over the next two years so that we have time to provide training and build our business processes. By the end of 2021, we hope to have hired four assistant public defenders and three support staff. When the Office is fully staffed, we will represent clients in 75% of the cases in the Delaware County, Ohio, Common Pleas and Municipal Courts.”

Cornely began his work with Delaware County on Monday, March 1. For more information about the Delaware County PDO, please call their main telephone line at 740-833-2780. 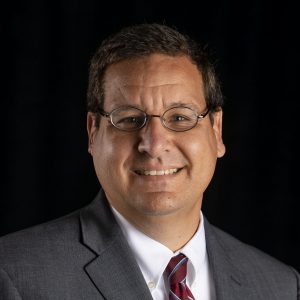